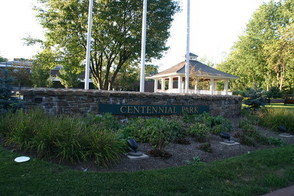 NEW PROVIDENCE, NJ – Several parents showed up at the Monday, Jan. 25 council meeting to voice their concerns and outrage regarding the way the New Jersey Harassment, Intimidation and Bullying Law (HIB) has been interpreted at the borough schools. They had also expressed their dissatisfaction at a recent Board of Education (BOE) meeting.

Surprisingly, the parents found more sympathetic ears and encouraging words among council members than those of the BOE.

Jamie Peterson representing “Concerned Parents of New Providence” told the council about the “climate of fear” and “snowballing” HIB investigation process at the high school. “We are not asking the investigations to stop,” she said. However, the parents are asking for changes in the process. They are also asking that those students who are involved in the investigation are allowed a due process. The concerned parents would also prefer that children were taught conflict resolution skills rather than them being saddled with the bullying label.

Gayle Libertucci requested that the Council Liaison to the BOE, Robert Munoz, attend the BOE meetings going forward. “We need the council liaison present,” she said. Libertucci asked the council to “spread the word” on this important issue.

Both Peterson and Libertucci were among the group of parents who had met State Assemblyman Jon Bramnick earlier that day to discuss the HIB law and how it is interpreted in New Providence.

“I hear you and sympathize with you. I agree with you.” The students involved in the recent incident that resulted in the parents’ outrage where “good kids,” Mayor Al Morgan said.

Morgan stated that he also had spoken to Bramnick that day about the same issue. “I have heard stories not only from victims, but other kids involved,” Morgan said. “The Legislation is too broad.” When something happens “we paint everybody with the same brush.” Reality and ramifications do not surface until later, Morgan said.

Morgan also told the parents that Bramnick had reached out to the Commissioner of Education, David Hespe, regarding the issue. “Maybe the legislation could be changed,” Morgan pondered.

Council President Michael Gennaro added that since the Rutgers bullying incident that resulted in a suicide “many go overboard.” We have to use some “common sense” and “discretion” when dealing with the HIB investigations, he said.

“There are HIB cases, but minor issues get blown out of proportion. Life is not black or white, it is gray,” Morgan said. We should find a different way to handle these cases and try to move forward with a conflict mediation board, Morgan suggested.